Quilting, quilling and a tui in a rata tree!

But first, sunset at the lighthouse! 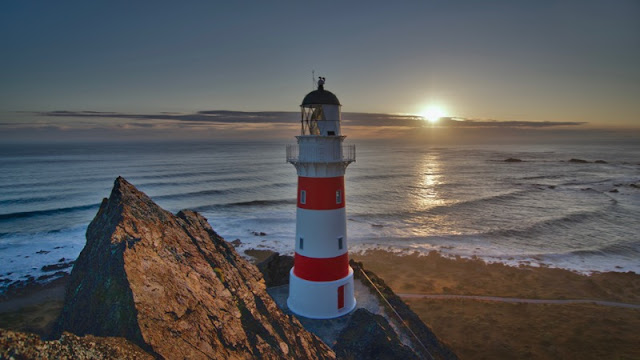 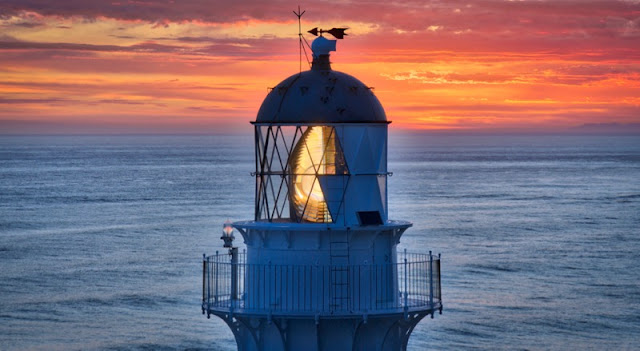 Christmas Eve at the lighthouse, photograph courtesy of Phil who's back at work and non too happy with the boring weather....... it was anything but today when the storm front arrived, complete with window rattling thunder; I saw no lightening and the rain was heavy for a short while but enough since then to give the garden a gentle soaking.

I'm not quite sure where I picked up this superstition, but I have a red door and try to have red plants nearby - this is the view from my sewing room - 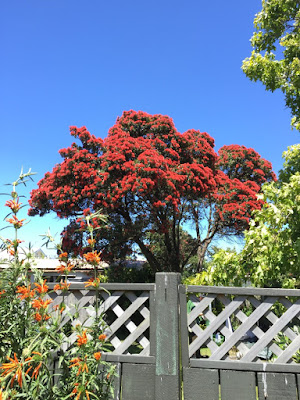 Two houses down the street, this rata has been superb this year - and today has had the added attraction of a very vocal tui swooping from this tree to the one on the other side of the section - 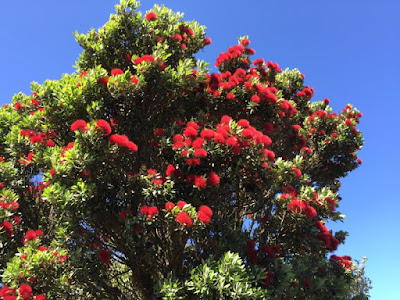 This is in my next door neighbour's garden, a glorious NZ Christmas tree or pohutukawa.

I told you I had donated several tops, well I was invited to join the rest of the quilters and visit the ward at Wellington Hospital when the quilts were handed over, 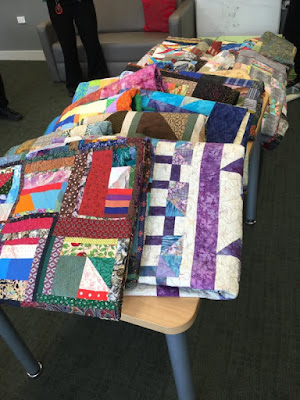 There were two piles like this, one of my mile-a-minute quilts is in the front on the left; you can see there was a wide variety of colour and style: it was so good to see people happy to receive them.

I had another idea about the variation of the block of the month at present on the design wall, 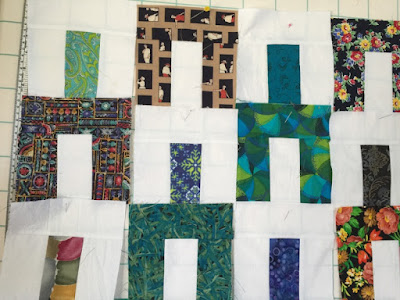 but decided against it - from a distance it looks like clunky spades or a crowd of stick men!


Same shot, sort of, but different day and a more dramatic sky. 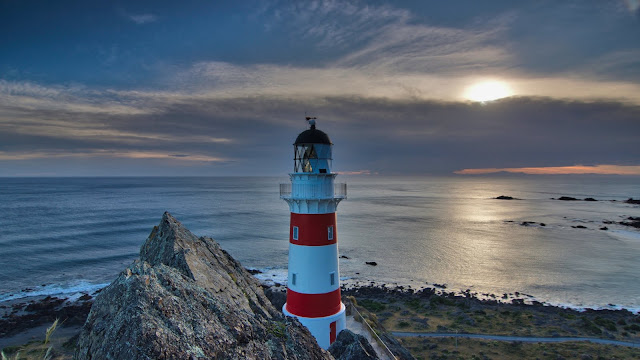 I know I've shown you some of the pin cushions I've collected over the years, not sure if this was one of them - 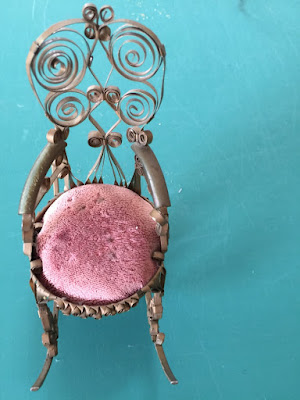 I was tidying up recently in the sewing room and something about it prompted me to have a closer look, it's quite ingenious, - look 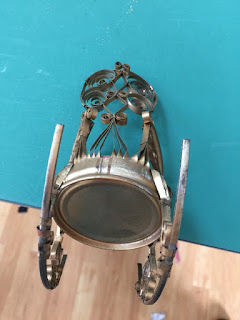 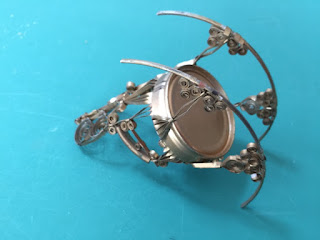 It's actually made from a tin that's been cut into strips from the base up, then these strips are quilled into the shape of the rockers and the back - 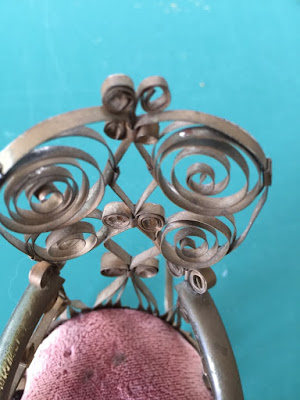 I wonder who made it; I'll have a go at cleaning it with a small brush.

I mentioned last time I was working on a sort of jelly roll with white in between, here's how it finished - 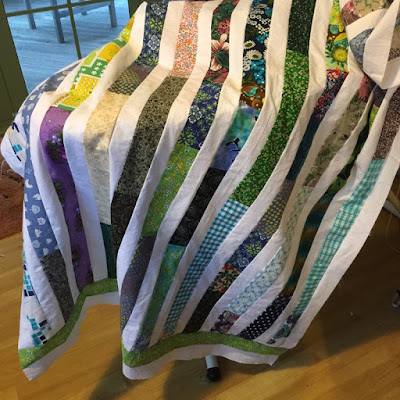 and I found a lovely backing in one of my cupboards - 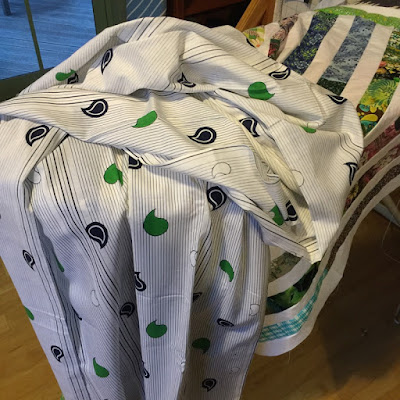 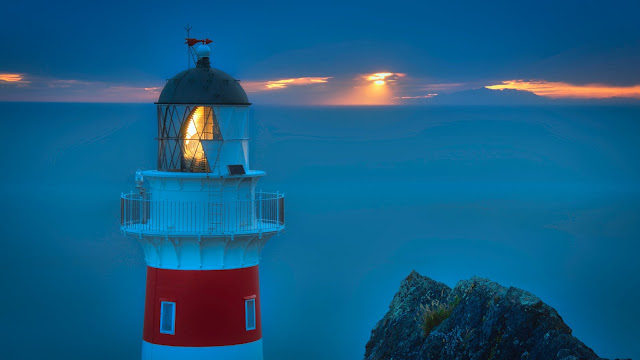 I'll leave you tonight with this shot of the lighthouse with a very dramatic sky and the thought that "It is your attitude at the beginning of a task that determines success or failure."

Thanks for visiting my blog,
Be back soon
June
Posted by June at 02:18 3 comments: 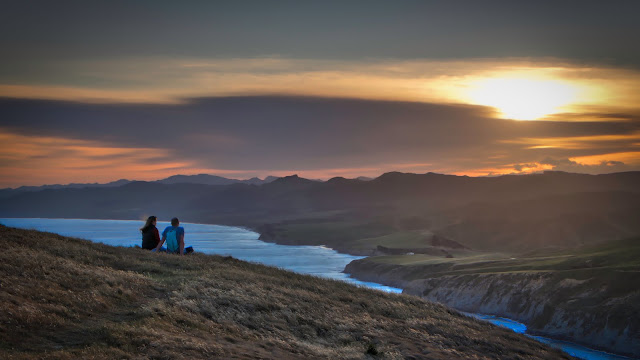 and, looking in the other direction, over the lighthouse - 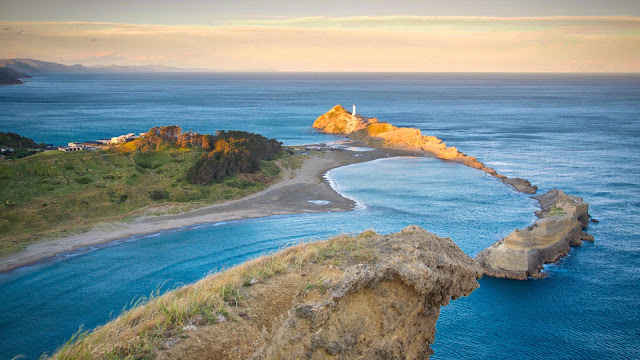 I do hope you have had a good time over the Christmas break, despite the weird weather all over the world!  Wellington is not known for hot weather which suits me fine, and this year we've been pretty lucky.  The rain, in moderate amounts, has saved me from watering the garden whereas in other parts they are having flooding.

I've been doing some stitching, I mentioned another sort of jelly roll; when I got out the pile of fabrics from the strips basket I realised they were kind of dull, so jazzed them up a little with a lovely orange patterned one - 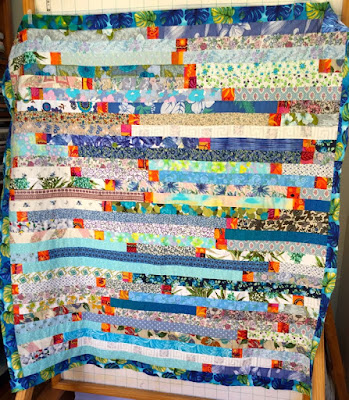 I'm also working on a variation which has alternate strips of white, and a variation of a recent block of the month from Wellington Guild, 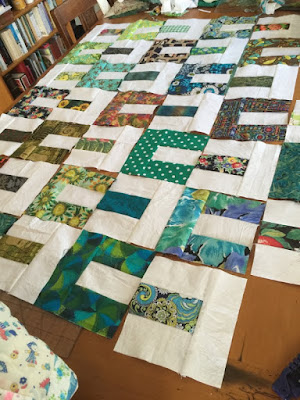 I decided I liked the little blocks in various scrappy colours but preferred a more ordered setting! 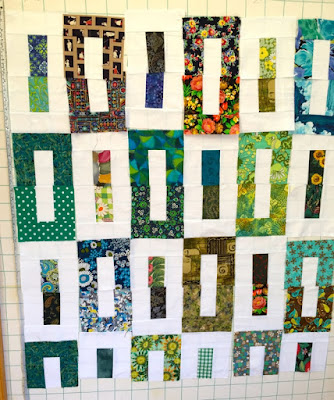 You know how I love to find humorous billboards, or supermarket notices - just before Christmas I spotted this - 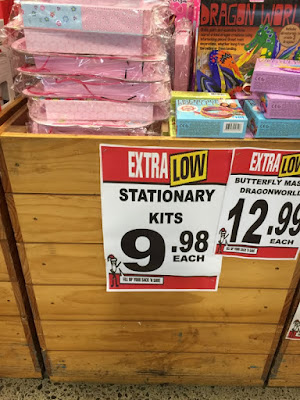 At least we can be sure they won't run away!

I mentioned watering the garden, here's a corner - 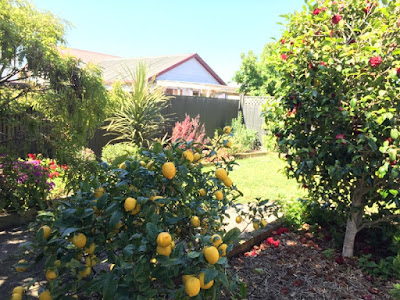 The salvias have covered the bare earth and I have visited the garden centre a couple of times, next post I'll share with you what I purchased......

Here are another couple of Phil's photos, the first showing Wild Life at White Rock - 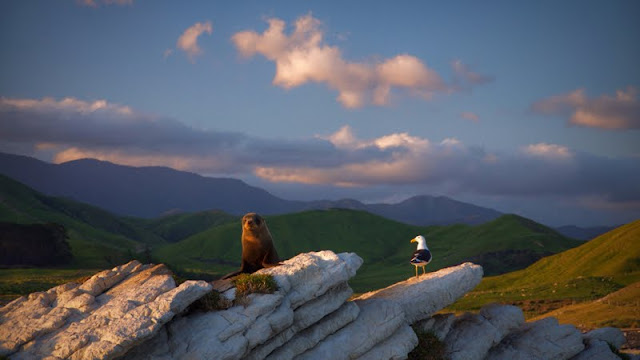 and the second a self portrait - and the thought that "The game of life is not so much in holding a good hand as playing a poor hand well. " H.T. Leslie 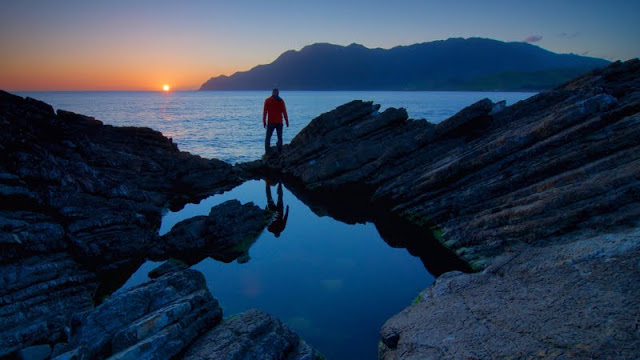 Thanks for reading my blog - no promises or resolutions, just 'one day at a time'!!