Look what the wind blew in! 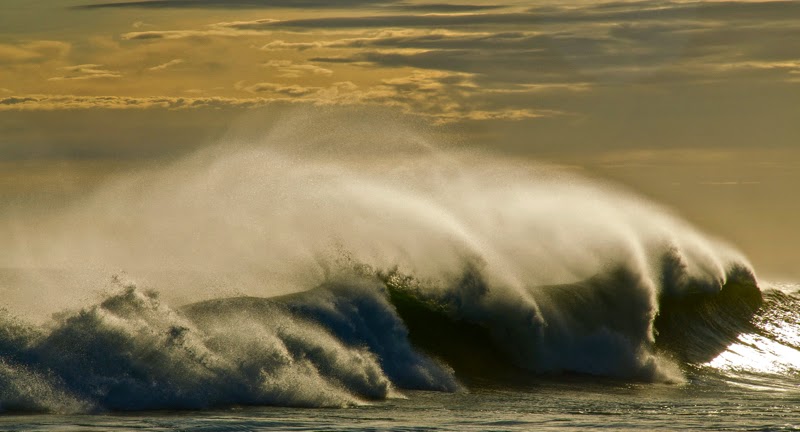 No point in trying to slip in and hope no-one notices - no that's not right, so here I am making a grand entrance!  Or rather son Phil with a stunning photo of the surf taken one evening recently off the south coast at Wainui.

I actually went along for the ride, well wrapped up, and took some photographs too - using  my trusty iPhone - couldn't see much so I just held it up pointing I hoped in the right direction - and here's a result - 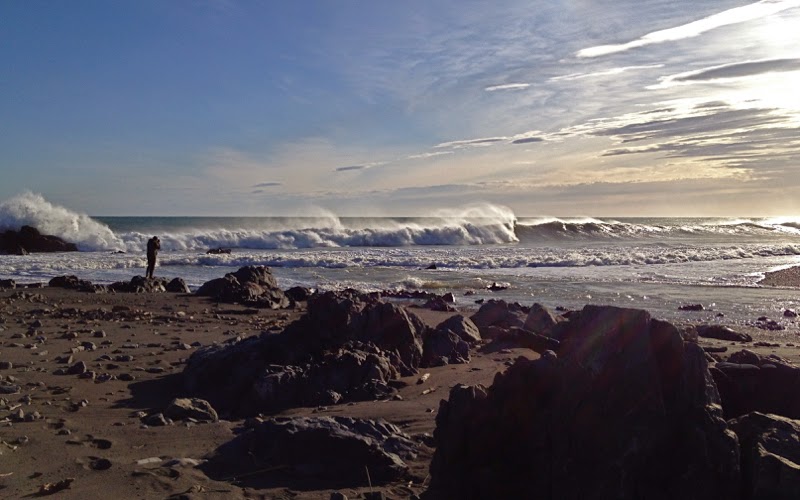 That's Phil in the distance - look at the size of that surf!

I've been sort of hibernating, don't intend to turn this into a vent, or rant, certainly not a moan, BUT this ageing isn't for wimps!!  As I told my doctor on the last visit, the next person who says to me that I have to expect that "at my age" I shall thump!  So the dear man proffered his bicep and indicated where I could land the blow!  :))

I'm due for the first cataract operation on Monday morning - I know! I shan't know myself afterwards........they grew so quickly I was amazed, I kept blaming my glasses, obviously the coating was substandard, then I thought someone had sat on my sunglasses etc. etc. so you'll understand I've kept my computer eyes for the office, no night driving and I've even been given permission to wear dark glasses in the prison when I teach the quilting class.

I couldn't help noticing this van recently in Petone, 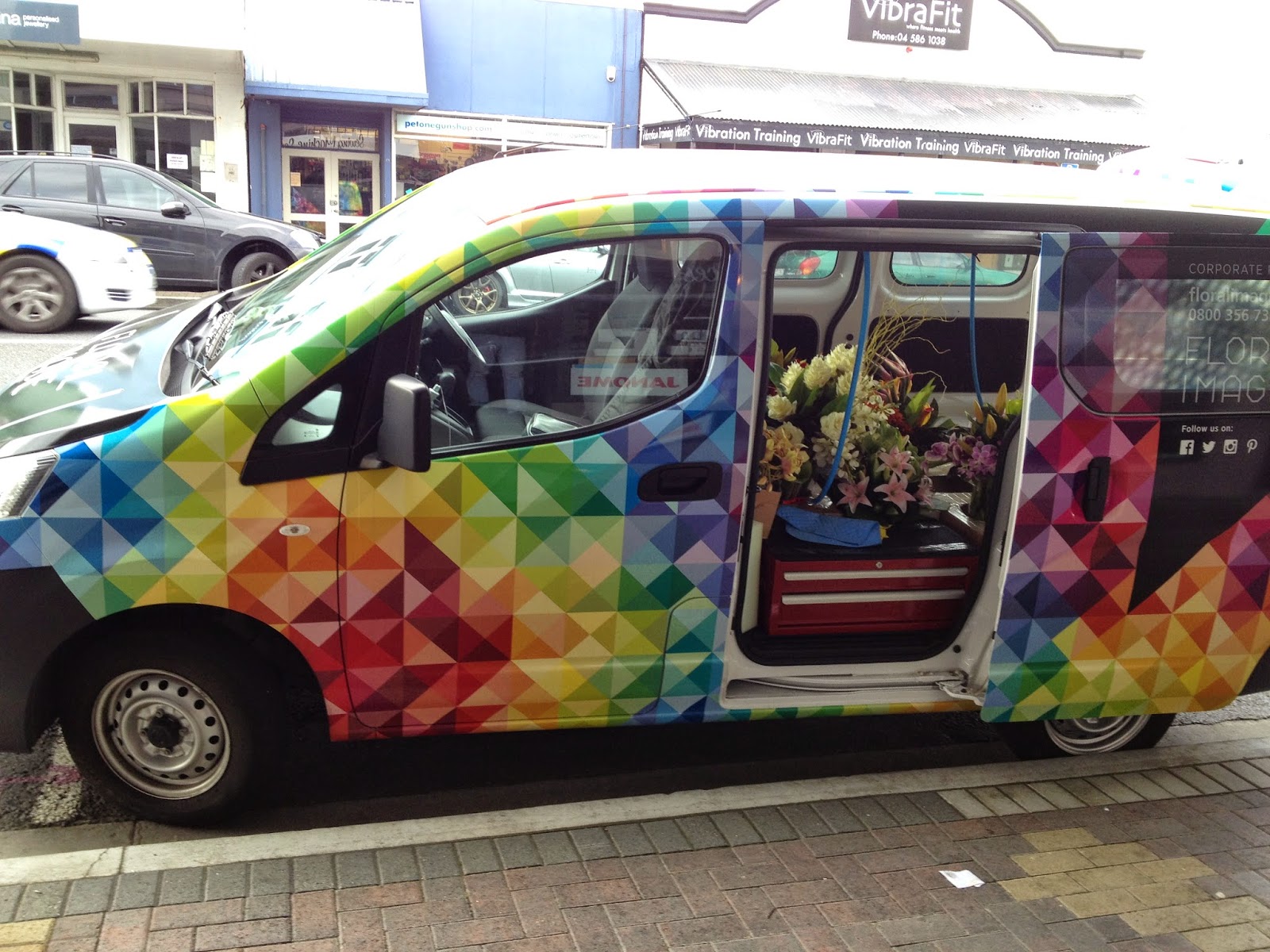 I've done lots of knitting, watching dvds on my computer, Magnum PI would you believe? and the entire Foyle's War. 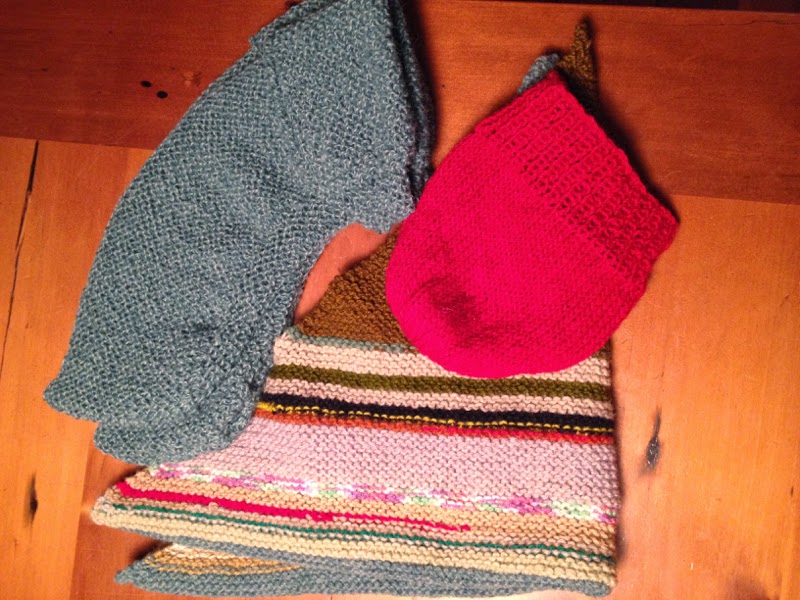 That's a child's hat, and the banana bedsocks! plus a blanket for use in a pushchair, knitted from corner to corner using up lots of partial balls of wool.  I've since done another blanket and am half way through the third - a friend belongs to a group and they've been asked for these items - happy to oblige. 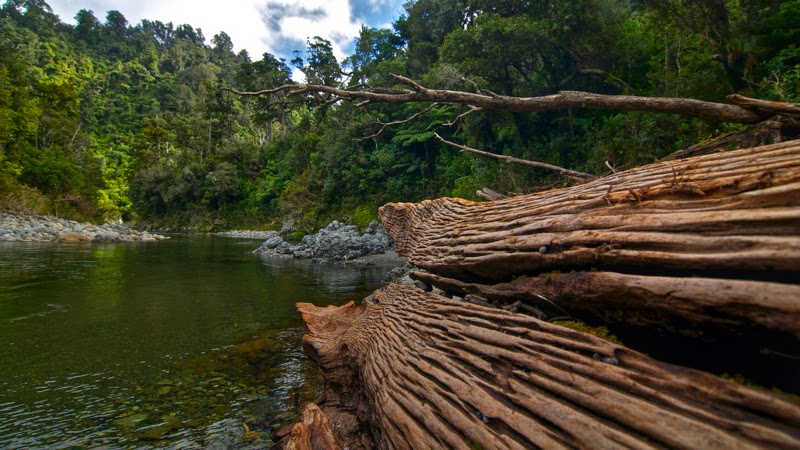 I think Phil took this on the Kaitoke stream, somewhere quite local anyway - I just love the texture of the log, and how many shades of green can been seen in the bush?

There will be more quilty things next time, I've just had a quilt machine quilted by a friend on her longarm and I love how it looks - just have to trim the edges - and I was somewhat innovative with the border  - so it will be a bit tricky.....

Here's the ultimate in calm and soothing - 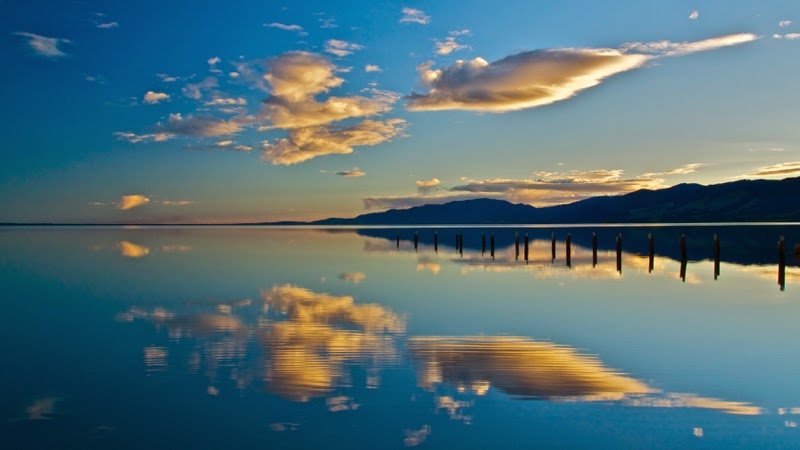 one windless, warm day in the Wairarapa and I'll leave you with the thought that "Experience enables you to recognise a mistake when you make it again.", Franklin P Jones

Nice talking with you, take care
June
Posted by June at 22:03 5 comments: