I ticked all the boxes. 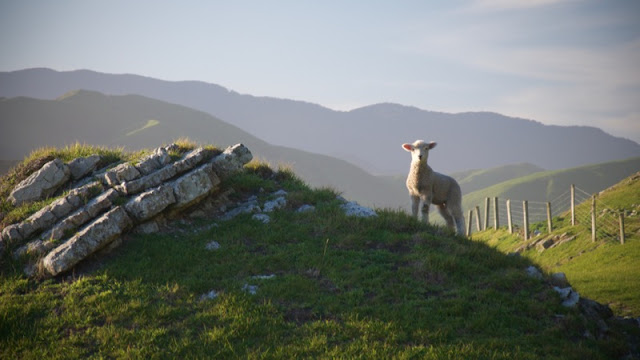 An inquisitive lamb in the 'Rapa recently, Phil said there were so many on the hills, many eager for a look at an unexpected visitor - not so the seals on the rocks, who scattered frantically at his approach!

The boxes I ticked were in a quiz online recently, - do you ever do those? I've discovered what flower I am etc. etc. but this one was a beauty and I was top of the class - in my many reasons for, and methods of, procrastinating........ but I'm back and anxious to share with you more of what's been going on in beautiful Wellington.

Lots of quilt club meetings, first at Wellington with a special meeting to celebrate the birthday of the Guild - 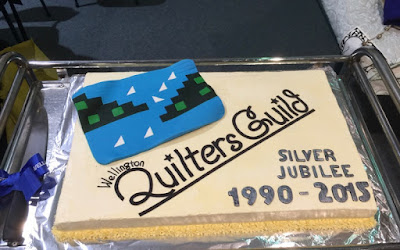 the cake looked, and tasted so good.

The committee even found the old letters we used back in the day when instructions  were photocopied for each member, and you could chose the letter or number to make.

We had such a great evening with several past Presidents attending, also Life Members, and Presidents of other guilds; we'd been asked to bring any quilts we had that were over twenty years old........no difficulty there for some of us.  This is the quilt I took - 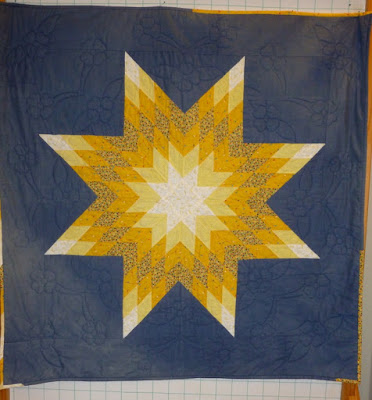 It was made in the late eighties at a class taken by Joanne Johnson, who a few years earlier had sat across from me at a table in the Embroidery group and insisted she had no desire to do this 'american patchwork and quilting'!  She was later part owner of The Quilt Connection and sadly died far too young as a result of the dreaded big C.

This was an early class using a newly acquired plastic template - which we found didn't have   consistent seam allowances; the quilt was used for years as a table cloth at our Whitby house where we had floor to ceiling windows so it's pretty faded, but still full of memories.

It was a full on meeting as we had a speaker too, Sarah Teesdale-Spittle told of her years of hard work studying for her City and Guilds certificate.  It was fascinating to hear, and see so many samples too.  In particular I loved the handbag she made, with a dragon fastener - 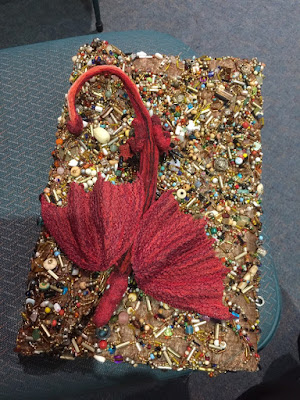 That's what you call embellished! - and this is definitely not! 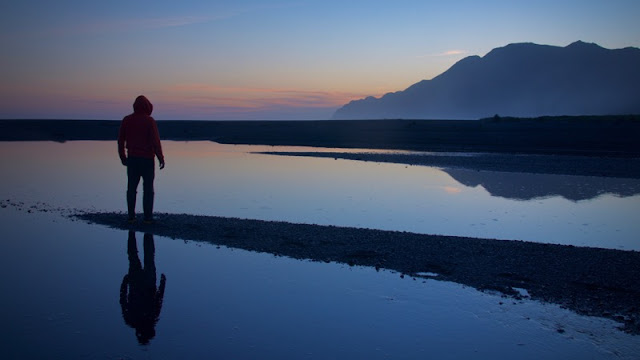 Phil taking a rare 'selfie' to give scale to the photograph at Ocean Beach.

I've been to several other meetings, will update you on those later, but a recent Capital Quilters meeting had this great block of the month - 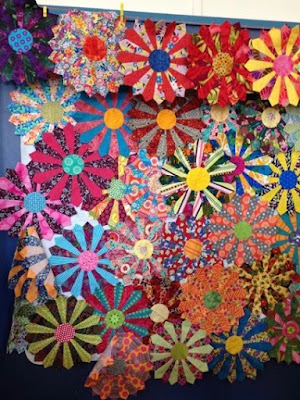 A block I've shied away from in the past but with a big circle in the centre, maybe even I could make a reasonable job of it.  It's on my "To do" list........

The pattern for the Christmas block was there also, 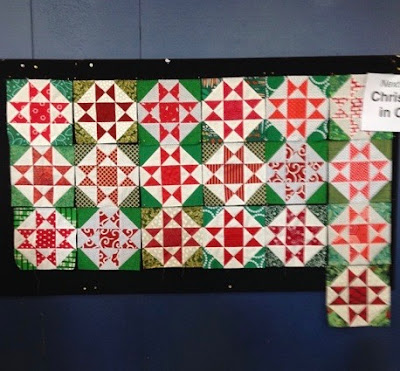 It really has zing, don't you think?

I finished the three mile a minute tops, this is the last one - 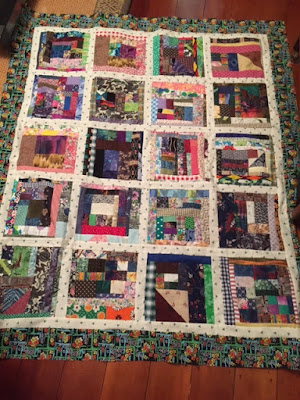 For a change I sashed the blocks then found a busy border that echoed many of the colours.  I've since been playing around with a pile of two and a half inch strips, a la jelly rolls, and put together one top which I'll share later after it's had a good pressing - I'm thinking the next one will be a sort of rail fence - there are lots of ways to put the strips together.

I have a beautiful, calm sunrise photograph to close with, taken by Phil recently at the duckpond down the valley in Avalon, I just love the angel wings look of the reflection, 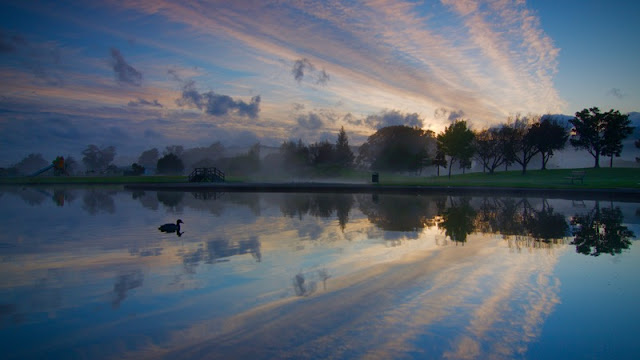 and just a little later a view of a pretty bridge, 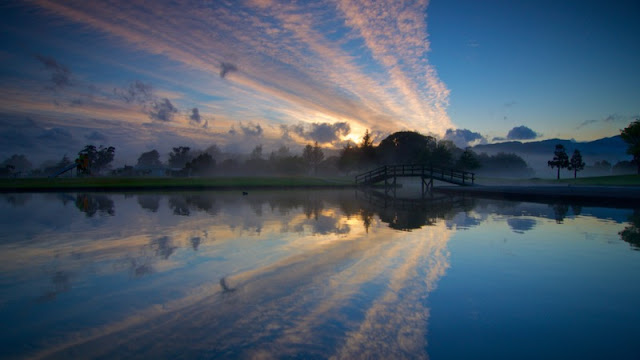 it almost makes me keen to get up in time to see if for myself!

I feel the need for calming thoughts and scenes after the gut wrenching news from France; ordinary people going about their lives, and the unthinkable happens.

Stay safe,
Thanks for visiting my blog,
June
Posted by June at 23:21 2 comments: