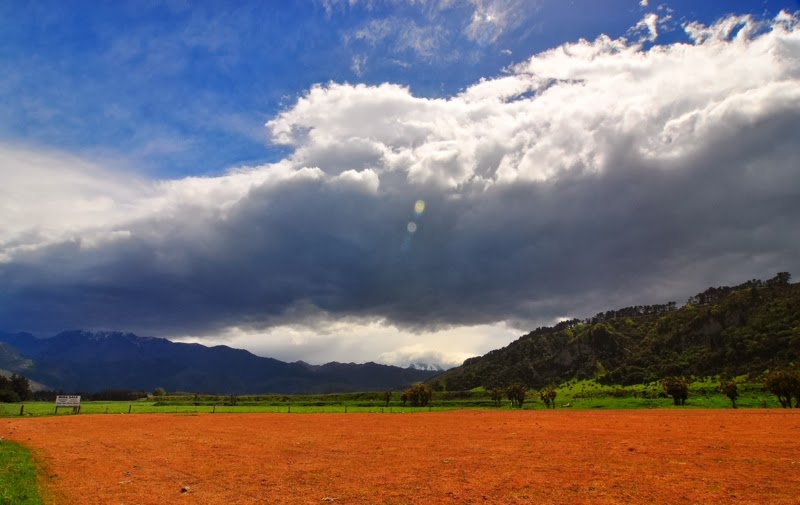 This photo was taken by Phil on a recent visit to the South Island, what glorious colours of a storm approaching.

Three weeks since I last blogged - I am feeling like the queen of procrastination, so had a discussion with a good friend today who did some straight talking - I shall reinstate my black board [which is dark green] and list what I want to get done - and just do it!

Admittedly it's been a strange time in many ways; there was the excitement of being awarded the Queen's Service Medal and all the publicity around that - interviews and photo in the papers, then the television interview - and the really lovely part has been the letters and cards from friends, many of whom I haven't seen for a long time.

We've also been contacted by people wanting to donate supplies to the quilting programme in the prison, or who are interested in volunteering - it's been such a busy time but I don't feel I've accomplished much.......

But all that will change - I went for a walk today! I need to regain my albeit limited fitness and shed a few kilos. 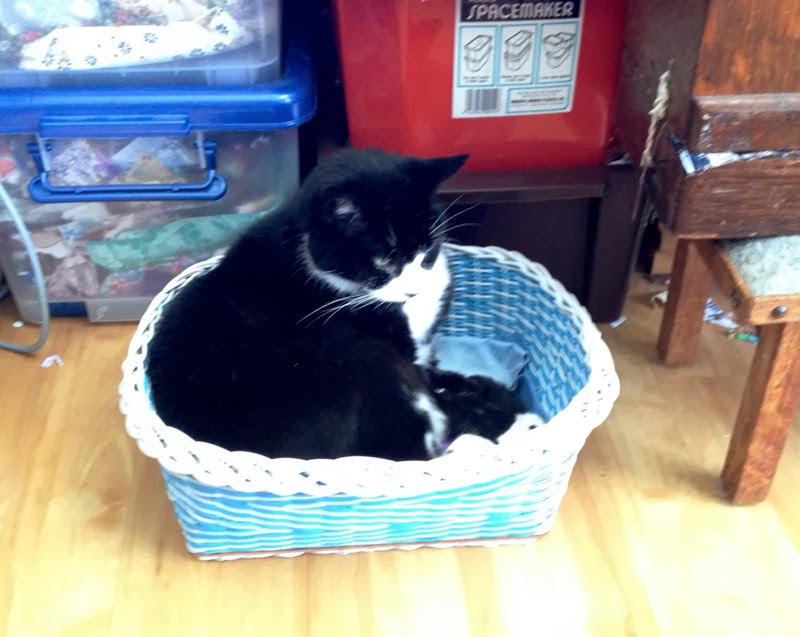 Floyd likes to join me in my sewing room, he can always be relied on to find somewhere to curl up. 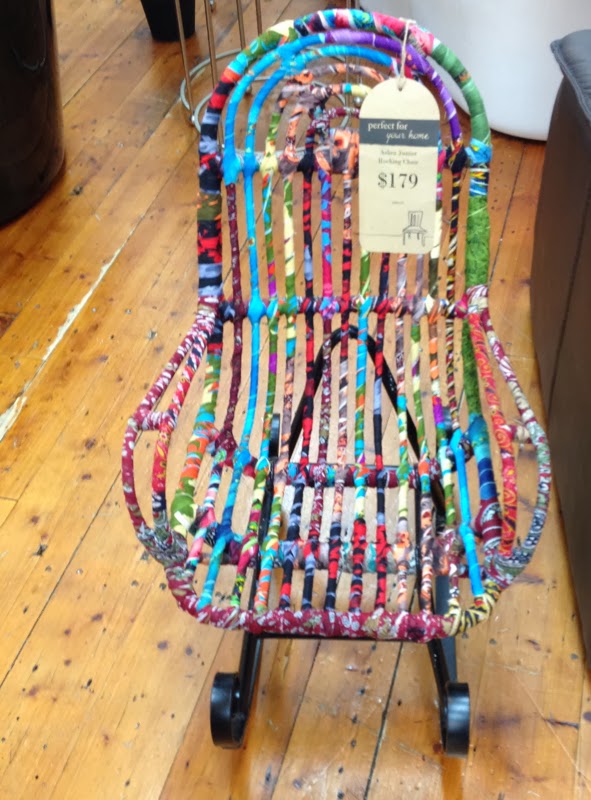 As you can see it's a metal chair that has been wrapped with strips of fabric!  and nearby was a quilt 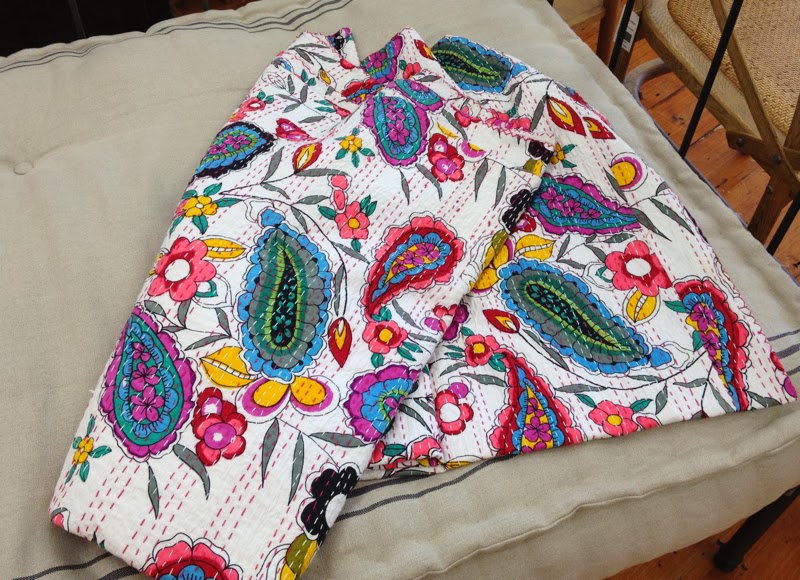 I'm not sure that it was actually three layers, but it definitely had big stitch quilting on it.   I wonder how much the maker received for her work? 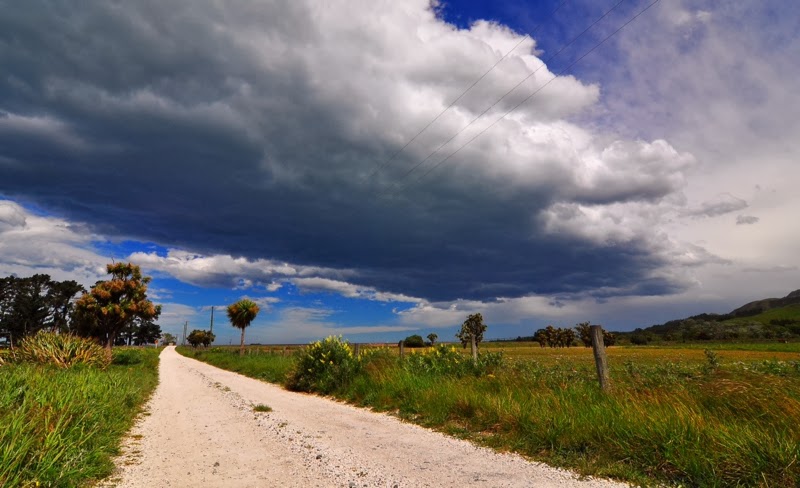 The unsealed road reminds me of the roads back in the village where I was born, in the UK - the lupins too were in abundance, but not the rest of the vegetation!

I'll leave you with this quote from Johan Wolfgang von Goethe, "Seize this very minute; what you can do, or dream you can, begin it; boldness has genius, power and magic in it." 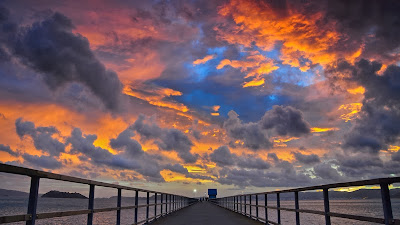 Isn't this beautiful?, Petone wharf where Phil said this light lasted for about three minutes, it was very windy and not warm!

Here's another bouquet, posted especially for you Linda - my friend Karen brought this round to me 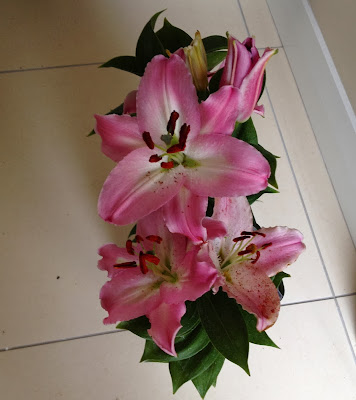 yesterday - she too is a fan of pink!  Actually it's a beautiful plant, quite tall and elegant looking - with a very strong perfume. I photographed it from the top to get the full glory of the blooms!

Do you read much?  This last year I've got out of the habit but I've made a few changes to my routine and am back into it.  I also decided it was way past time I had a big sort out of my bookcases - in such a small house I have four, mostly with double rows of books.

I've kept a book diary since 1972 when I joined the Doubleday Book Club - I've gathered them all together and put them onto the computer - there's a gap of three years in the mid eighties, maybe I'll find the diary when I do more tidying up but even so, the one I read this week - Morse's Greatest Mystery and other stories, by Colin Dexter is No. 1037.  I've loved the Morse television series and have several on DVD - but this book was a disappointment; I felt the stories tried too hard to be clever and complicated - however, I did learn a new word - steatopygous - used to describe the odd-job man.

I showed the start of my string quilt, made using pages from the local telephone directory; I sewed them chain piecing, remembering to alternate the direction of the strips. 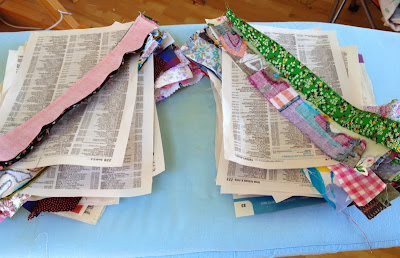 With the large bag of strips beside my chair I pulled them out, one after another, and just kept sewing...... 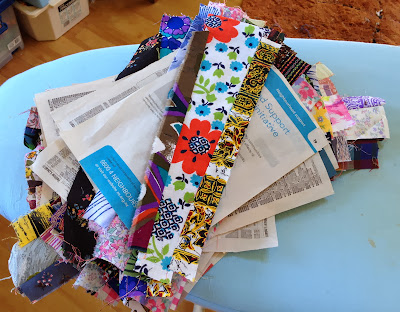 When they were all sewn and trimmed back to size, I auditioned them on the design wall - 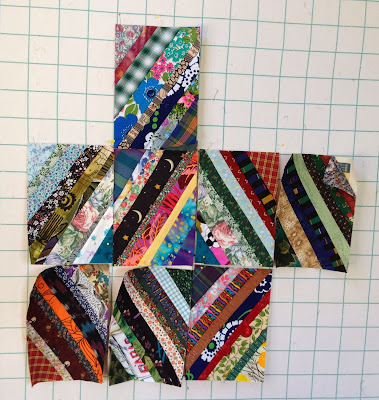 Finally I had them all on the wall - 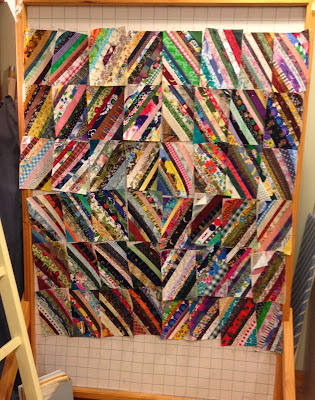 I tweaked it a bit to get better balance and then sewed them together - after that was the tedium of removing the paper - next time I shall remember about the seam allowance! 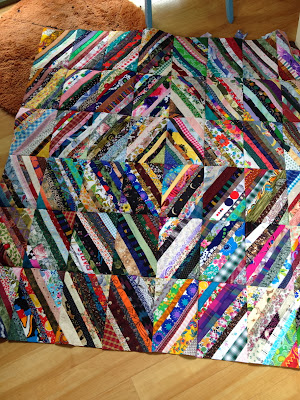 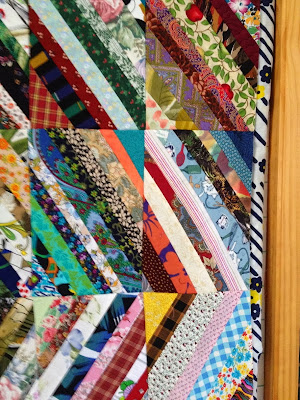 I like this fabric - one of my vintage remnants - as a large binding; I've cut it ready - but you can't rush these things!

The forecasters were right about the weather today, boy did it blow! and the rain!!  at one stage the chairs on the pebble garden by the front window were standing in several inches of water.  A couple of very good results though, I shan't have to water the garden for some time, and the windows are washed clean!  How's that for a bonus?

Here's another beautiful photograph taken by Phil, a different angle on the wharf,  and such a different mood.... 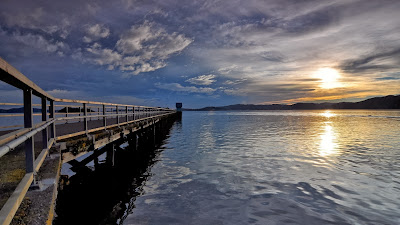 I'll leave you with the thought, "Go out on a limb - that's where the fruit is."  Will Rogers;  and my gratitude for all the wonderful emails, phone calls, comments and visits; thank you.