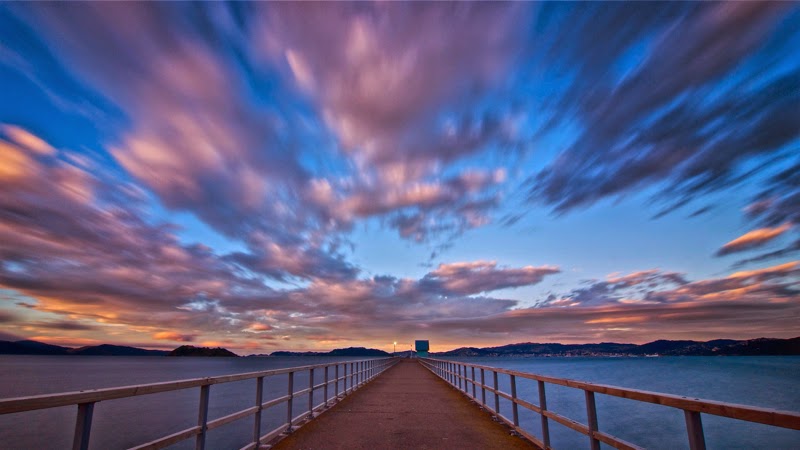 From dawn - as this great photo by Phil, taken from Petone wharf shows, long exposure and just enough breeze to give a shot worth keeping [as he puts it]  to dusk!  Not really, just seems that some days I am chasing my tail - like a recent frustrating day trying to sort out the problems with my computer password - finally came to a head when I couldn't upgrade the maps on my Satnav.  I made an appointment with the guru at Yoobee in town, and after two visits, plus phone calls everything's working - sort of.  I now have to log on with a password, never done that before but each time I read through the notes of how to return to the old system of just switching on, I get cold feet.   It's not that bad really but there's a weird old photo of me showing - goodness knows where that came from, looks a bit like fooling around with the granddaughters.........

I mentioned  that two of my newly reupholstered chairs had different designs on the back, sort of Art Deco I think - 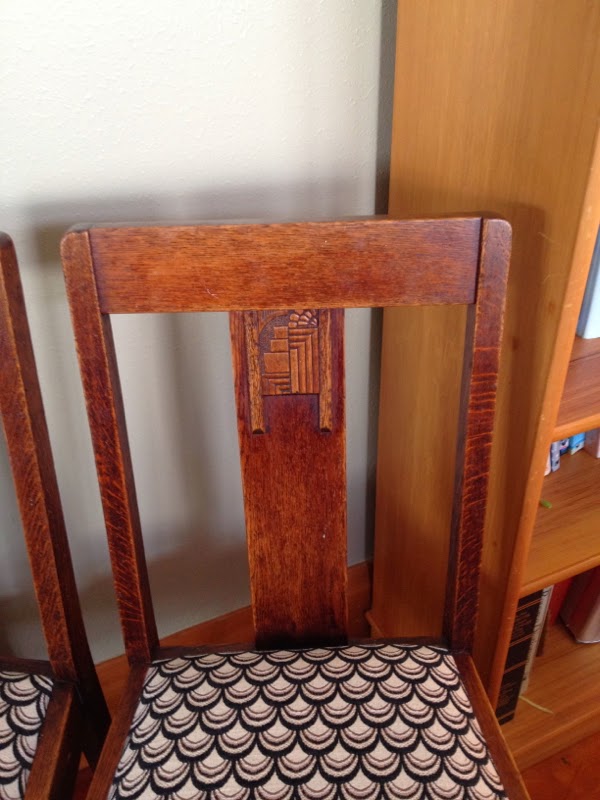 Funny thing, the other one is slightly different - 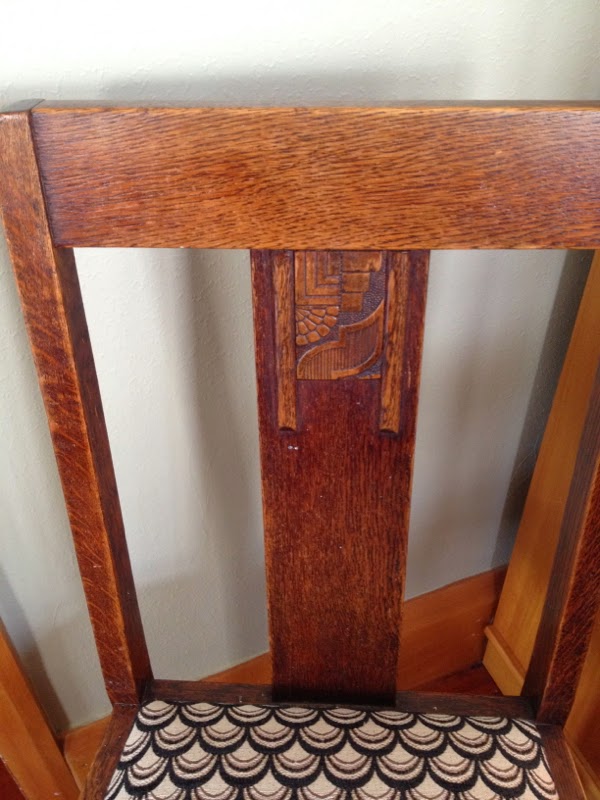 No doubt about it, the seats are so much more comfortable - I keep moving them around the table so they will wear evenly.

I've been doing some more tidying in the sewing room, and some sewing and to keep me company, I've been watching a favourite oldie - 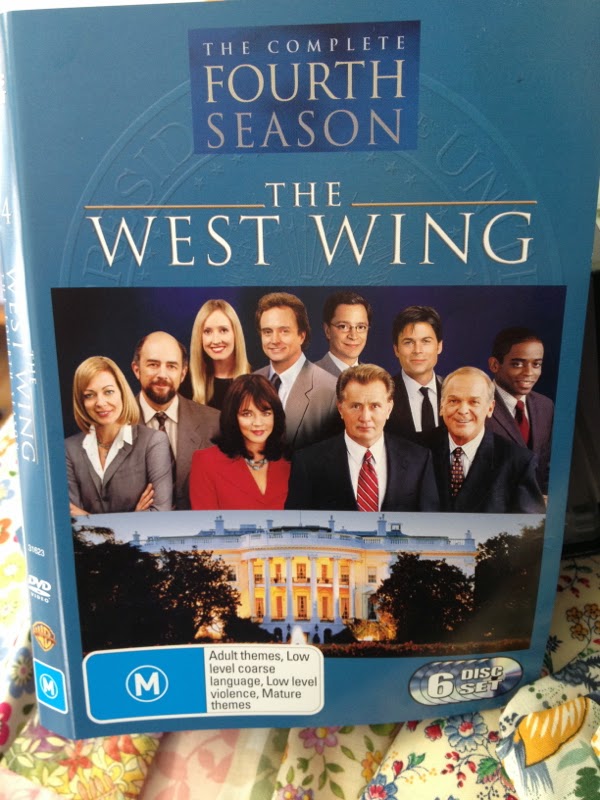 Did you ever watch the series?  Great acting and writing, I'd like to know why Rob Lowe was written out/left the series; he was given top billing at the beginning.......

The baby type pastel top I've been working on is at the border choosing stage, which is giving me a bit of a headache, this was my initial pick for the border and binding - 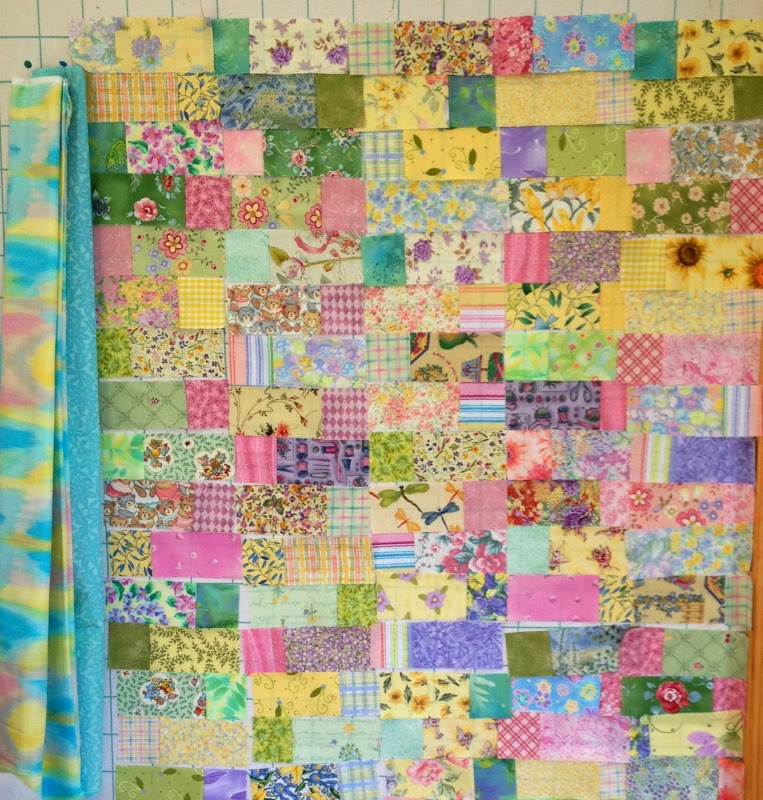 but I'm having second and third thoughts - will fossick around a bit more and get back to you!

I did start this post by mentioning dawn, well here's dusk - 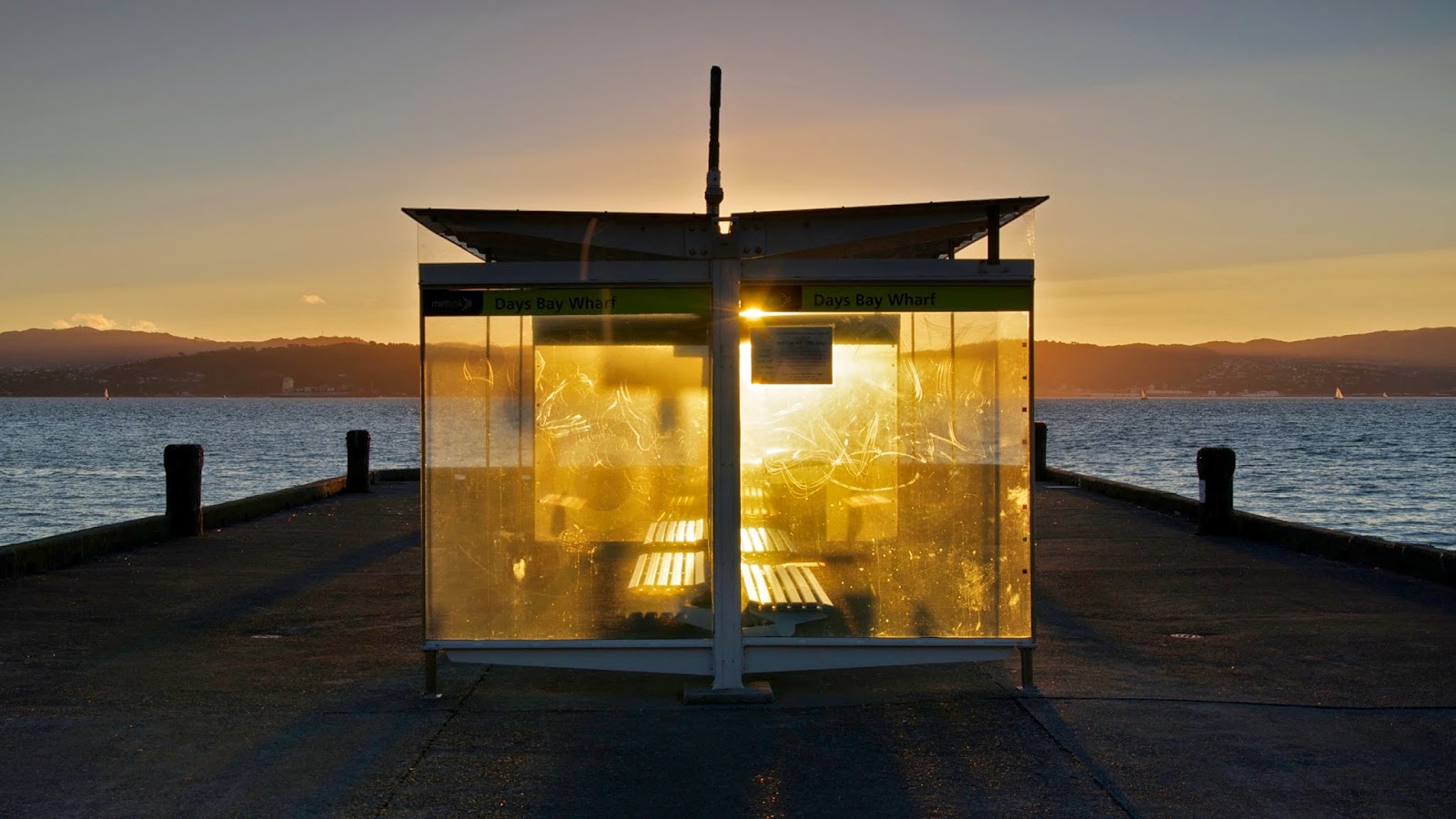 The forecast is pretty dismal for the next week or so, so here's a thought to ponder on, "Sunshine is delicious, rain is refreshing, wind braces up, and snow is exhilarating; there is no such thing as bad weather, only different kinds of good weather.", so says John Ruskin

Thanks for stopping by,
Back soon
June
Posted by June at 03:34 1 comment: