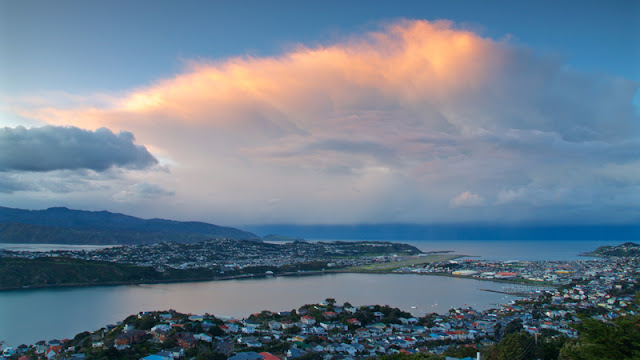 This view of Wellington was taken by Phil from the top of Mt Victoria - a brief flash of colour on a very dull, grey day.

It's been a long cold winter - most of which I spent hibernating, but spring is almost here, the clocks have been altered and I'm looking forward to so many things - maybe even walks around the harbour on a beautiful day where I can admire the reflections. 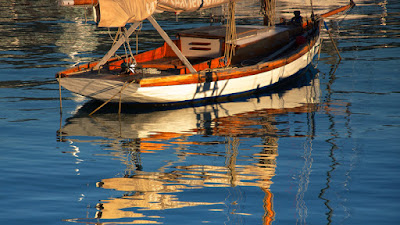 I mentioned a few weeks ago that Phil was on location for the filming of Pete and the Dragon, well when it was all over a crew photo was taken which I have to share with you -

Remind you of school photos? well, there I was peering through the bottom of my glasses carefully going up from the front row and got such a shock to find him in the back row, standing up, unmissable in his orange hoody!  He's usually much harder to find!  It was apparently a very happy film to work on but it won't be ready for release until next year sometime.

I've been to a few quilt meetings, recently at Pinestream was a quilt that stood out - 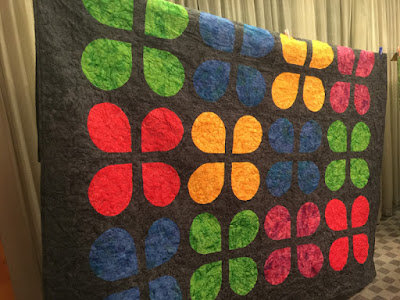 and the block of the month took my fancy - 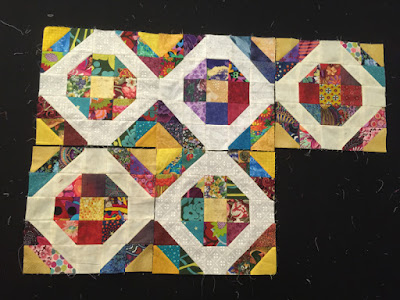 Also one weekend a friend and I went along to the cake decorating exhibition at The Dowse, such talent! - this one got my vote - 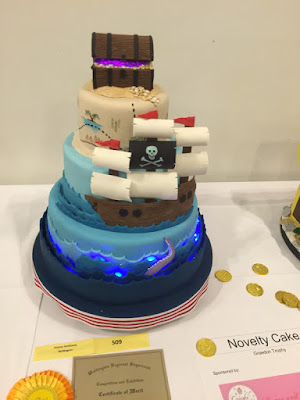 from the chest of pirate treasure to the octopus 'arm' - great fun!

I'm still working on the mountain of scraps, at present I've finished two tops and have the third to the point of sashing the rows together.

I've been sitting here cogitating whether to give you a run down on the health issues that cropped up in the last few months - but, you know what? I don't need to burden you with my problems - I now have a treadmill which I use every day and most importantly, some very good friends - as Bette Davis once said, "Getting old is not for sissies."

I'll close with another gorgeous photo that Phil took recently - Gull in the Spotlight! 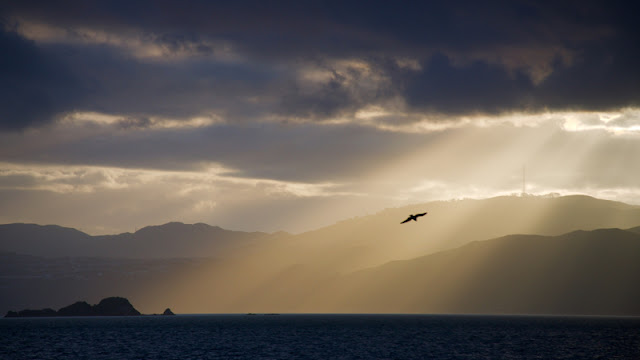 Nice chatting with you, be back soon
Regards
June
Posted by June at 21:21 2 comments: